Let us kill what bugs you™

Ant Control
There are several common household ants that we treat in Texas. They include:

There are several ant species in the Cypress Texas area, including carpenter ants, crazy ants, and fire ants. Ants can easily invade your home and contaminate surfaces, get into your food, and harm your family and pets. Once ants get inside your home, it can be difficult to remove them without the help of a professional ant control company.

We will conduct a thorough inspection of your property in order to identify which type of ants are invading your home, find where the ant colony is and determine how they are getting inside. We will then apply the appropriate ant control pesticide and treatments needed to eliminate your ant problem.

Ants are annoying pests that can enter your home through the smallest opening. It only takes one ant to infiltrate your home to cause an ant colony of over 400,000 ants to follow and further contaminate your property. If you see ants crawling around your home or office, call Texas Bugs today! Queen ants can lay up to 200 eggs an hour, causing your ant infestation to grow at an alarming rate. Don’t wait and contact us today to start your ant control treatment!

Also known as ‘sugar ants’ or ‘piss ants’ these are some of the smallest ants, about 1/12 – 1/16-inch-long, with a light tan to reddish body.  These are the most common indoor ant in Texas. They do not sting and usually do not bite. They are omnivorous – feeding on sweets (jelly, sugar, honey, etc.) and greasy or fatty foods (pies, butter, liver and bacon).  Nests are rarely found. Colonies multiply by ‘budding’ whereby a large part of an existing colony migrates carrying brood to a nesting site.

Fourteen species occur in Texas.  The largest is the black carpenter ant which is usually found in wooded areas outdoors.  The common indoor species – Camponotus rasilis have workers that are dull red bodied with black abdomen.  Workers range in size from ¼ to ½ inch. Although these ants can bite, they do not sting. Their effort to build nests in wood can weaken structures.  They usually nest in dead wood – either outdoors in dead tress / stumps or indoors (between wood shingles, in siding, beams, joists, fascia boards, etc.  Ant colonies are often located in cracks and crevices between structural timbers but can also tunnel into structural wood – although this is rare in Texas.  They often prefer moist, decaying wood, wood with dry rot or old termite galleries. Nests can be located by searching for piles of sawdust – like wood scrapings underneath exit holes. Mature colonies contain winged male and female forms therefore the presence of ¾ inch long winged forms in the home is an indication that structural damage may be occurring.

These are small, dark grey to black ants easily recognized by their extremely long legs and antennae.  They get their name from their habit of running about erratically with no apparent sense of direction. Their colonies can most often be found living in soil under logs, stones, landscape timbers, wood, debris and living under above ground swimming pools.  They feed on a wide variety of foods, including other insects, grease and sweets. They have been observed carrying away fire ant queens immediately following a swarm. Although they nest primarily outdoors, they will forage in homes. They are omnivorous but are difficult to attract to ant baits.

These are small ants.  Workers are 1/16” to 1/8” in length and normally brown to black in color.  There are various species found throughout the US. They are named for their tendency to raise their abdomens in the air when disturbed.  They frequently nest in damp mulch areas, under stones, in tree stumps and under dirt filled porches. They prefer honeydew excreted from aphids and other small insects.  They also often feed on sweets inside houses. These ants will bite under the right conditions but are not usually known as a stinging insect.

Fire ants are found primarily in the southern half of the U.S. Their bites / sings can be very painful and even fatal.  They firmly grasp skin with their jaws, and then sting and inject venom. Fire ants pivot at the head and inflict more stings in a circular pattern.  They are polymorphic  which means that the workers are not all the same size.  These ants typically build mounds but can be found in excavated areas under slabs, voids in buildings near soil, electrical meters, cable boxes and have even been known  to build nests in air conditioning units which eventually causes destruction to the unit.  The workers will forage in trails and prefer proteins though will feed on sweets and vegetation too.  These are particularly dangerous to children and small animals.   They are a threat to newborn livestock and many cattle ranchers plan their cattle births for the winter when fire ants are less active in the fields.  Baits and residual liquid applications are effective in controlling these ants.  A one-time application of a residential structure also works well.

Ant Control: How do we get rid of these bugs?

At Texas Bugs we work with many homeowners struggling with ants. Give us a call at 281-954-BUGS (2847) and we will provide the correct extermination and advise you on the best prevention measures. 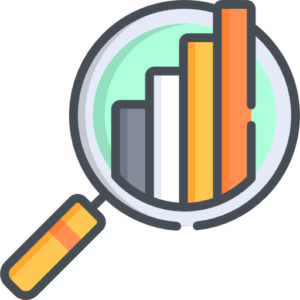