For the most part, these flying insects keep to themselves and will not bother you.  However, if you do accidentally disturb one, the result can be painful or even dangerous where several are involved.  Also, the nests / hives they build can cause major issues and be hard to find and remove.

Differences between wasps and bees:

Several kinds of stinging wasps can pose serious health and safety threats to humans. Most problems occur when people are stung after getting too close to wasp nests constructed near homes, buildings and recreational areas. In such situations, it may be necessary to control the wasps, even though most wasps are beneficial pollinators and predators of other insects.

Although thousands of North American wasp species can sting few are potentially dangerous to humans. Of the fewer than 40 species of stinging (vespid) wasps that occur in the United States, only a handful are important stinging pests in Texas. 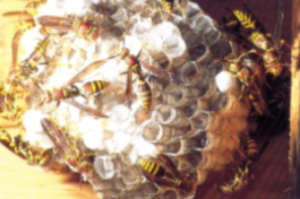 Bees are very important for all of us to survive.  Honey bees not only provide honey and wax, but, as pollinators, are of far greater importance.  Nearly all the food we eat relies on them as pollinators. Other Bees may not even have stingers and provide vital pollination for native flowers and vegetables. Many of these don’t live in a nest, but only are interested in building a single gallery where the female lays an egg on a cache of nectar and pollen for her future young larvae. Control of these gentle, beneficial pollinators is often not needed!

If you live in an area known to have AHBs or are within 100 miles of such an area (they are advancing at a rate of up to 100 miles each year), it is not advisable to approach a colony, hive, or swarm of honey bees without first putting on a complete bee suit. Likewise, it is not advisable to get within 100 feet (30 m) of an AHB colony, hive, or swarm unless fully suited up. 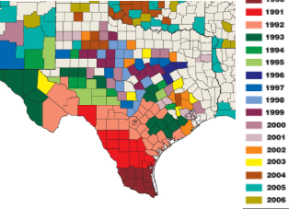 We get this a lot and it’s almost always a swarm.  With literally thousands of bees in the air, swarms may appear dangerous. In fact, they pose little threat.  Eventually the swarm will land and remain clustered in one place for a few hours or several days. During that time, scout bees are looking for a suitable nesting site.  Once the scouts find a new nest site and communicates its location to the swarm, the bees will move on to their new home.

A honey bee swarm. (Photo courtesy of B. Pierson)

If a swarm lands in a remote site, it should be left alone. Because swarms do not have a nest to defend, do not contain stored food or immature bees and the bees in the swarm are often full of honey, swarming bees are usually more docile than established colonies and less likely to sting.  However, there is always a risk when working around bees.

Swarms that land near buildings or high traffic areas should be managed. Bees may try to nest in wall voids or floors of buildings if they can gain entry. It’s much easier (and less costly) to have a company come remove a swarm from a tree than a hive from your wall.  The presence of a swarm may also indicate that a colony is nearby. Newly formed swarms tend to gather near their former nesting site for a short while after emerging. You should scan the area carefully to determine if there is a colony nearby that should be controlled.

Wasps and bees are instinctively attracted to the upper bodies of animals, so in the event of an attack it is best to cover your head and run away quickly.

The best defense is to run to a building, car or other protected place. Victims who stand in place and attempt to swat their attackers will continue to receive stings as the wasps summon reinforcements via chemical communication. Unlike honeybees, wasps do not leave a stinger in the skin and may sting repeatedly.

If attacked by bees, you should cover your face and move out of the bees’ territory as fast as possible. European bees usually defend an area within 100 yards of the colony, while Africanized bees will defend an area within 400 yards of the colony. Taking shelter in a car or house is often the best strategy, even though a few bees may follow. Do not try to trick the bees by hiding or playing dead because they will continue the attack as long as you are within their territory.  If you see someone else being attacked, do not attempt to keep the bees off of the victim with a water hose.

Once away from the attack, remove the stingers as soon as possible. Stingers should be scraped out with a fingernail, knife or some other sharp object. Stingers continue to inject venom for many minutes after the initial sting. The sooner a stinger is removed, the less venom will be injected. If you experience hives, difficulty breathing, or other signs of an allergic reaction, you should seek medical attention immediately.

What if you’re stung?

Any of the below symptoms could indicate an anaphylaxis response due to a severe allergic reaction and you should immediately seek medical attention:

How do we prevent and get rid of these bugs? 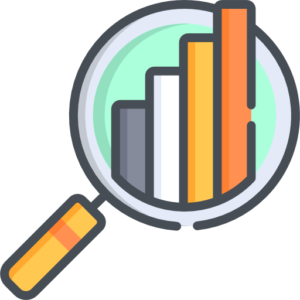